The Presence of Bob Varner

When I ask Bob Varner if having been born in the Midwest informs his approach to winegrowing, winemaking and the business of selling wine, he says flatly, “Um. No. I don’t think so.” It’s a perfectly Midwestern answer – plainspoken and achingly uncomplicated. Still, his honest, straightforward manner belies a man of ambitious, sweeping enological dreams. Over the years, Varner has become obsessed with pursuing as pure an interpretation of Santa Cruz Mountain pinot noir and chardonnay as is humanly possible. Under his Varner and Neely labels he does just that while maintaining a successful broad market brand, Foxglove, which is available nationwide and in a few foreign countries.

Bob Varner is the sole worker inside of his small, meticulously clean winery, tucked away in a lush, wooded estate within Portola Valley. Content to be able to access each one of his 100 wine barrels frequently – all of them full with pinot noir or chardonnay – Varner views his winegrower/winemaker job as a ruminative one, and finds harmony and ease dividing each day between the winery and the vineyard. 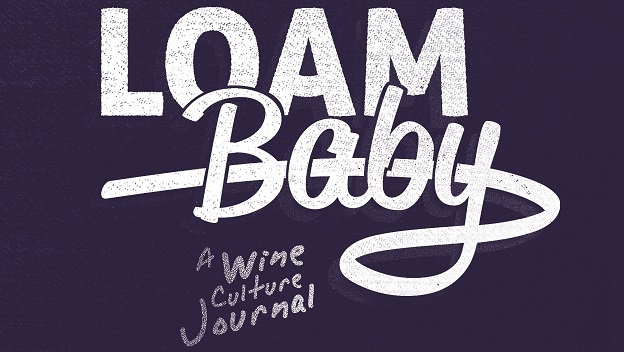 Bob Varner: In my mind, there is no difference between the vineyard and the cellar. I’m simply just going from the outdoors to the indoors. They are both here, on this one piece of land. I walk from the vineyard, into the cellar, and in my mind, they share the same space. It’s like in France, where you have these small producers who live the same way. ‘It’s wintertime. I’m going to go out and prune, then, I’ll come in the cellar and I’ll think about wine’...There’s that same continuity of creativity there. It follows you around. It’s beautiful. And I think it’s the most direct way to express site. You’re not translating your fruit through a grower or a winemaker other than yourself. My goal is to express site, so this is the most direct, uncomplicated way I know how to do this.

[As Bob’s white rescue Shepherd makes itself comfortable at Bob’s feet, we settle into an easy conversation. Despite its being warm and nearly balmy in nearby Santa Cruz proper, it’s cold and foreboding today at Varner’s vineyard and winery site, located in the heavily wooded and fragrant Portola Valley suburb of Silicon Valley.]

R.H. Drexel: But, making wine where you’re also growing it – that’s a luxury these days, isn’t it? How many young winemakers can actually afford vineyard land and their own production facility?

BV: Oh, it is a luxury. It’s very rewarding for the winemaker to work this way, but, yes, you’re right. It’s a total luxury.

RHD: Can the consumer tell the difference if a wine is made the way we’ve just described –  the way you make your wine – from estate-grown fruit at your home estate vineyard site or in a custom crush facility?

BV: Well, that’s just the thing. I don’t know that they would be able to. I mean, there are these young guys out there, buying fruit where they can and custom-crushing at some facility. And they’re making beautiful wines. They might not all be beautiful [laughs], but some of them really are. 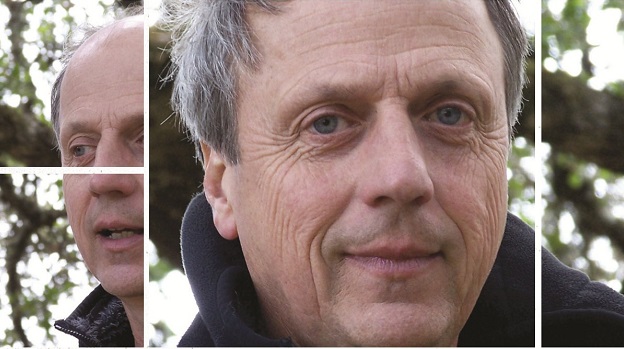 RHD: Still, I think for someone who loves nature and who wants to produce truly site- driven wines…

BV: For site-driven wines, I think this really is at least the most rewarding approach.

RHD: So, let’s talk about this site. I was pretty blown away by your Upper Picnic Pinot Noir. What can you tell me about that block and about the greater estate site?

BV: There’s a presence at that site [Upper Picnic]. There’s a presence at this entire site. A presence, and I would say energy. And also, a certain tension. So, everything I try and do, it’s all to enhance that tension…enhance that energy. These qualities are apparent even right after pressing the fruit. You know how pressed wines are kind of raw and strange; I’ll still be able to sense that presence in the just-pressed juice. And it will persist throughout production. I think of ways to enhance or maintain these qualities, and avoid doing anything that might dissipate that presence. I don’t have a heavy hand with oak. I don’t do acid additions, etc.

With my Pinot Noir, for example, I don’t put it in barrels right away. I let it stay in tanks to try and really have a version of a wine that is very much about that tension and that energy. I like a lot of expressive fruit in my wines. And Upper Picnic – and our other sites here – they have very expressive fruit.

RHD: I was going to comment on how I, too, really love the fresh fruit on your Pinot Noir, but then I thought to myself, ‘Will this be perceived as my suggesting that these wines are in any way flabby or showing too much fruit sweetness?…because they’re not that way!’

BV: That’s just the thing. This site is so cool that it keeps these wines just naturally balanced. This site gives me all of the acid and structure I need, so I get the best of both; I get expressive, fresh fruit, and I get the structure I need. We’re at about 700 feet elevation at this site.  We have bay and ocean influences here, which keep this site very cool. Still, we have a lot of sunshine because we’re above the fog line.  It’s that wonderful interplay between cool air and sunshine that’s perfect here. 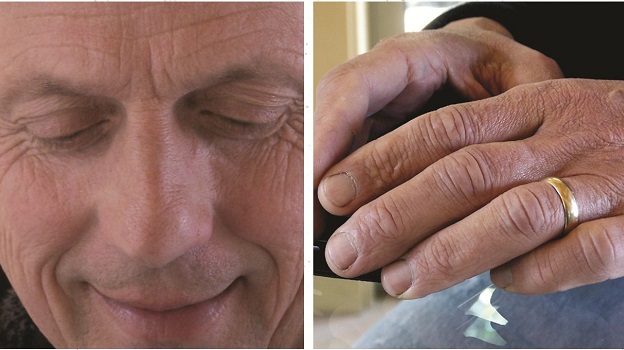 RHD: Tell me about your approach to winemaking.

BV: I’m trying to think of how to say this…Okay, you can choose to try and make your wine from the outside looking in. You can try and think of all kinds of manipulations to do in the cellar. Or, you can start from the inside, and try and understand what’s there. That’s as true for me in the vineyard as it is in the cellar. The longer I’m at this vineyard, the more I’m comfortable just letting the vines do their thing. I just go back to the basics. Always back to the basics. If the farming is good, if the fundamentals are in check – pHs, etc. – and if you have natural balance in the vineyard and cleanliness in the cellar, then you’re not going to screw up. You just have to have the basics covered.

RHD: I like your practical, non-dramatic way of looking at things.

BV: Well, that’s just from having been through lots of adventures. You know…good vintages, bad vintages, whatever challenges you can imagine at harvest. Sometimes, as a winemaker, you wonder how you’re going to get through the next 24 hours. So, you just start working, and somehow you get through it.

RHD: What’s the best thing about being a winegrower and a winemaker?

BV: Probably the opportunity to get into the cycle of the seasons by just being with the vines and the wine. They flow along with the seasons...the change of seasons. I think that’s a pretty nice thing. If you can hooked into that, boy, it’s fun! When spring is ending, you’ll have this great, cool morning. You’ll notice this spring-like cloud pattern, but the scenery will draw in more sunlight. And, you’ll know: okay, we’re experiencing a transition here. You’ll see it in the vines. They’ll start to change. The same is true in December. The wine will have been in the barrel, developing over the course of a year, let’s say. And you’ll taste it at year’s end, and you’ll see that it’s not as primary as it once was.

RHD: What’s the worst thing about it?

[Here, Bob stops to think for what feels like an awful long time, so I try and help him along.]

RHD: When I ask winemakers this question, most of them say: ‘Compliance or sales calls.’

RHD: Okay. That’s a first. I don’t think I’ve ever had anyone give me that answer.

BV: I really do. You get to interact with people, and you get honest feedback. I just did a sales call at K & L the other day. They were really professional and they provided honest feedback. And, you know, working with distributors and brokers…I don’t mind that, either. There’s a place for everyone in the wine business. There’s a place for distributors, to be sure. Listen, sure, you lose money on the margins, but if you don’t have them, you have to travel more, rent cars, pay for hotels, worry about collections on accounts… I like distributors because if they represent our brands, I can spend more time at the vineyard and at the winery. That’s how I like it to be. The more time I can spend connected to this place – to the vines, to the wines – the better. 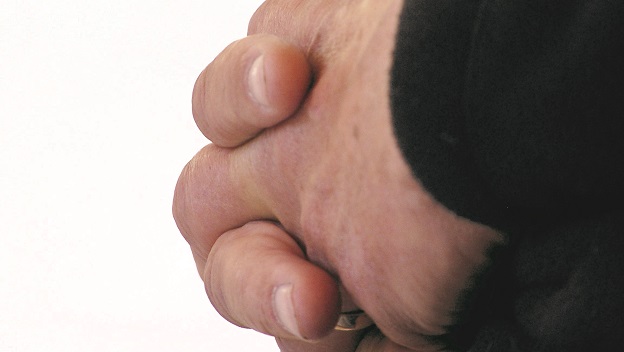 RHD: Your brother is also your business partner – Jim Varner.

BV: Yes, Jim really manages the business side of the winery. And it works out pretty nicely. I very much respect his opinion on the winemaking side of things. I may not always listen [laughs heartily] but I respect his opinion. We realized early on that it would be smart to have someone in charge of the vineyard/winery, and someone in charge of the business end of things. What’s important is that each one of us has a say in the other’s area. Beyond that, it works pretty well.

RHD: Tell me about Foxglove.

BV: We make Chardonnay, Cabernet Sauvignon and Zinfandel. They are all un-oaked.

BV: It helps to save money, but it was really more of a creative choice. I guess the savings cost would be more in the labor involved in having barrels, the topping off, etc. But I think I would have gone with un-oaked on these wines, anyway. I wanted to preserve the freshness of the berry-like nuances in the Zinfandel. Also, with the Cabernet, I just wanted to maintain that liveliness, that freshness. I felt the oak would just mute that fresh fruit. And we get our Chardonnay from fairly down south. It’s a warmer spot for Chardonnay, so I don’t want to weigh it down further with oak. I like to preserve the white flower component we get with our Chardonnay fruit.

RHD: So, back to the other half of my original question. What’s the worst thing about being a winemaker?

BV: Every job has its tedious aspects, but I really can’t think of anything.

I was already quite taken with Bob’s wines before I ever met him. There are those who say a wine just tastes better when it’s consumed on site where it was made. I don’t know that I agree with that summation. Bob’s wines were as good the day I had them for the first time, in a private home, as they were when I tried them later at his winery.

His answer to my final question to him, however, is what sealed the fate of my fandom for all wines Varner. 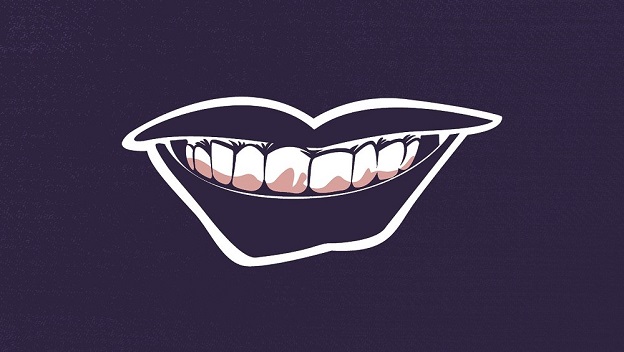