Jean-Michel Lorain’s is the sort of restaurant nobody does better in the world than France. A bucolic setting, refined food and service and a great wine list make for dining nirvana. 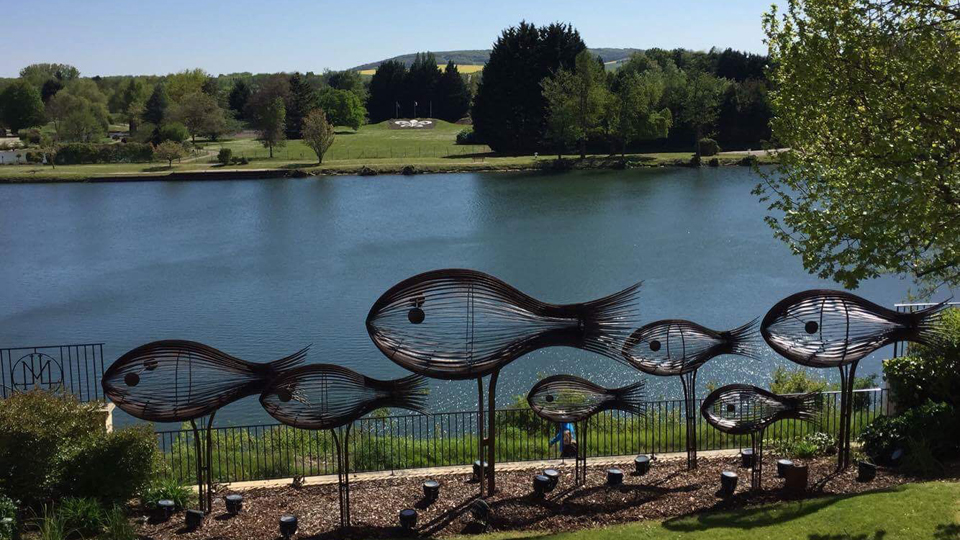 The peaceful, beautiful view outside the window

If you have never been to La Côte Saint-Jacques & Spa, you owe it to yourself to dine there at least once in your life. And when I say dine, my advice is to actually go for lunch, preferably on a beautiful spring, early summer or autumn day, before the sun sets and it gets too dark, so that you may take in all the shiny facets this gem of dining establishment offers in spades. 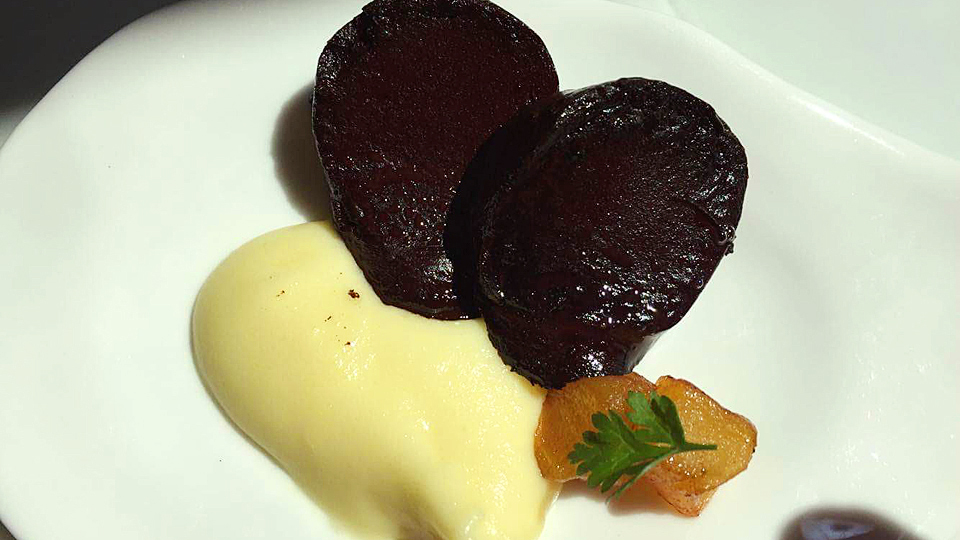 Named after the hill that overlooks the small town of Joigny the restaurant, La Côte Saint-Jacques is located just a thirty-minute drive or so from the town of Chablis. The place is a world class country getaway that is everything anyone could possibly desire from a similar country retreat. La Côte Saint-Jacques was founded in 1945 by Marie Lorain as a boarding house. Her son, Michel Lorain, the youngest of four, apprenticed as a pastry chef before setting his sights on becoming a chef. In 1958, he took over the reins of the place with his wife Jacqueline (now a certified sommelier) and practiced simple but high quality regional cooking. It was the building of the A6 motorway nearby that led him to turn the restaurant into a fine dining establishment, landing the first Michelin star in 1971 and the ultimate prize, three stars, in 1986. Lorain’s son, Jean-Michel, who had trained with the likes of Freddy Girardet, Troisgros and Deligne (at Taillevent in Paris) joined the kitchen brigade years before and had participated actively in the three-star conquest. He has since snagged more awards, including the “Chef of the Year” title from Gault & Millau in 1993. 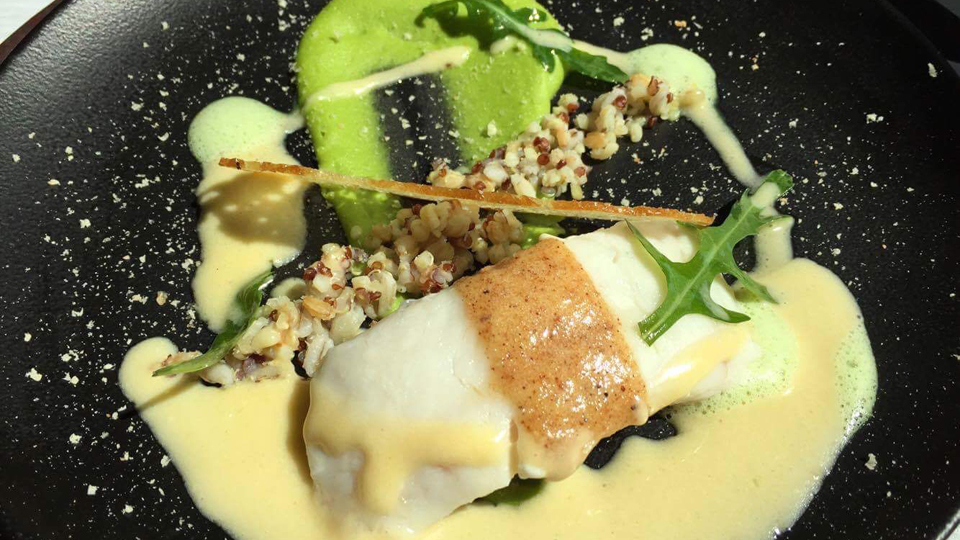 Thick slice of zander, cream of pea and a variation of cereals, emulsion with spelt butter

All of the above wouldn’t mean much if the restaurant weren’t so darn great. And great it is. I’ll keep my comments on the food short this time around, for I wouldn’t know what to say, except that Lorain has one of the most refined hands in French cooking today. His creations aren’t the voodoo dolls of a young Gagnaire or the matryoshkas of Robuchon, but more like porcelain statuettes. Trust me, on this day, there wasn’t anything that could have been improved upon. The place runs like a well-oiled machine, the service is very professional, efficient and attentive to your needs, and, believe it or not, almost friendly by French fine dining standards. The clientele is obviously well heeled and used to the good things in life, but the ambience, though hushed, is warm and not stuffy. The view outside of the window of the Yonne river lazily meandering by only reinforces the peaceful, relaxing setting that is on the inside. 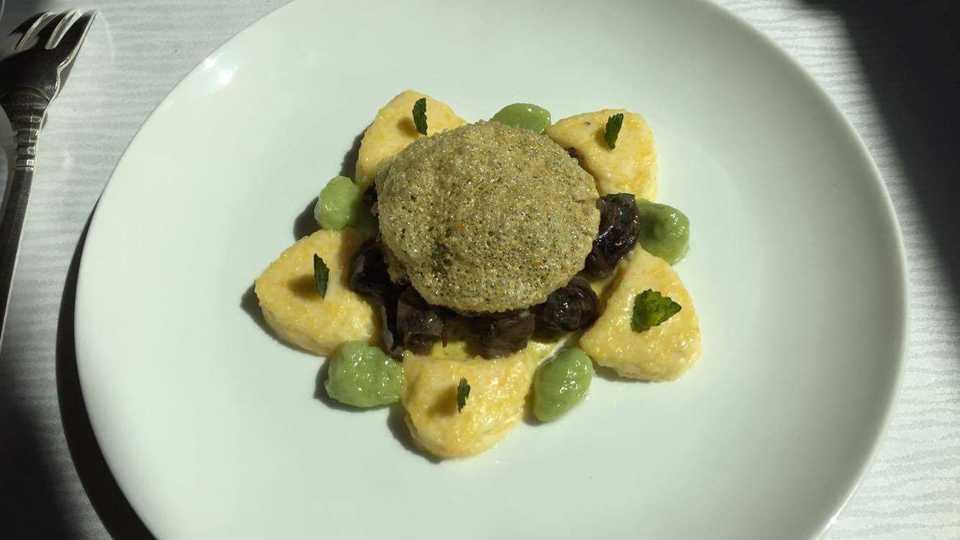 The wine list at La Côte Saint-Jacques is excellent and offers many great bottles to choose from. Even better, many decently priced older vintages are there winking at you as you flip through the pages. I had a field day with my choices and couldn’t have been any happier at lunch’s end. The 2005 William Fèvre Chablis Bougros Grand Cru and the 2005 William Fèvre Chablis Cru Les Clos Grand Cru both drink beautifully and speak well of their respective terroirs: fat and riper the Bougros, more steely and mineral (but ultimately more complex too) the Les Clos (Fèvre’s parcel of vines is located higher up the Les Clos hill, which contributes to the austere mouthfeel this wine typically exhibits). The 2007 Rapet Père et Fils Corton-Charlemagne is everything you would expect this vaunted site to offer: size, power, concentration and length. This was a very good showing for Rapet. Last but not least, we enjoyed a gem of a wine, the little-known 2002 Vieux Château Saint André Montagne Saint-Émilion. Very refined and a paragon of balance in its dainty violet, cedar, blackcurrant, blueberry and graphite nuances, this lovely wine is drinking marvelously well and showcases what a truly talented and honest winemaker can come up with even in a rain-plagued difficult vintage such as 2002. Yes, the wine is a little on the light side (and frankly, I would have been extremely unhappy if it hadn’t been, given the vintage), but absolutely perfect, in the company of friends winding down a quiet, restful Sunday afternoon prior to a long week of winery visits and tastings in Chablis the following week. 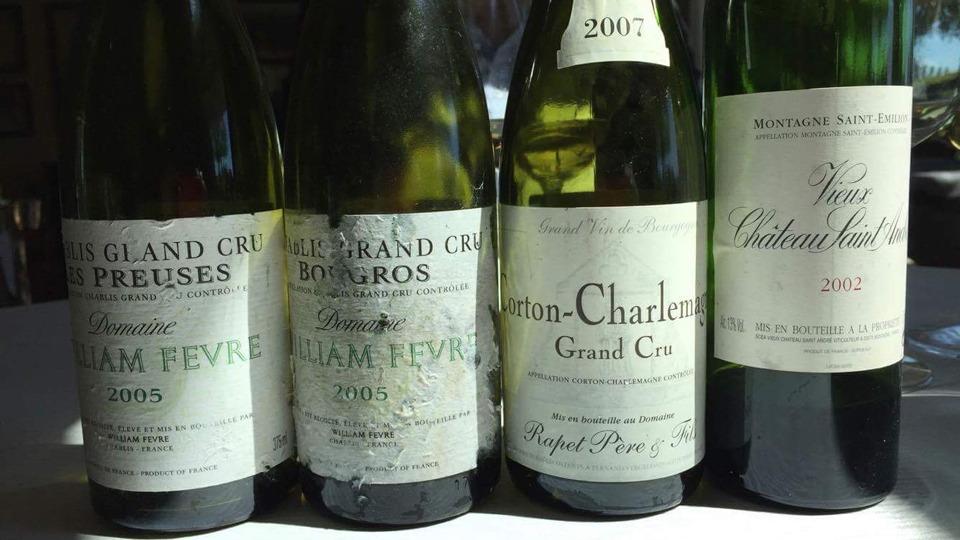