Le Sirenuse is one of the world’s best known and elegant hotels. Located in the heart of Positano, one of the prettiest towns of the Mediterranean (but which has, over the years, become a little too touristy for my tastes), Le Sirenuse is set in an elegant 18th century palazzo converted into a family-run, beautiful five star luxury hotel in 1951. It is open from March 1 through September 30 and houses two wonderful restaurants, the one Michelin star Le Sponde, and the easier going Pool Bar and Grill, located on the rooftop terrace that offers a magnificent view of the coastline and bright blue sea. Seated comfortably at your table, with lemon trees and deck chairs lining the swimming pool nearby, a peaceful atmosphere allows you to relax and unwind while not losing sight of the striking views. 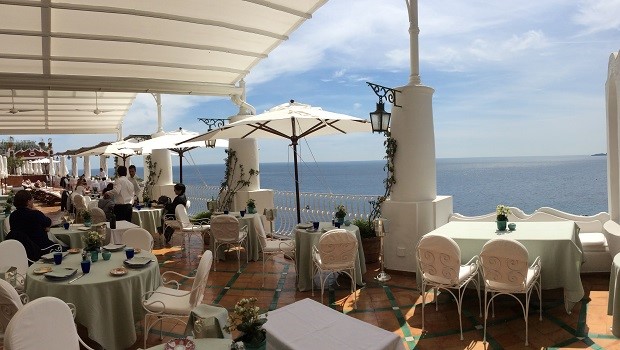 Matteo Temperini, who apprenticed under Ducasse and especially Alfonso Iaccarino at Sant’Agata ai Due Golfi  (where the Don Alfonso restaurant has long held at least two Michelin stars) joined Le Sirenuse in 2008, became Executive Chef in 2009 and won his current first Michelin star in 2012. Clearly, for a complete sybaritic experience and a better understanding of Temperini’s cuisine (essentially a reinterpreted, lighter version of classic Neapolitan cuisine) you need to dine at Le Sponde, but lunch at the Pool Bar and Grill is memorable as well. Much of the enjoyment derives not just from the amazing view and refined setting, but also from the presence of a young sommelier, Cristian Fusco, who is both passionate and competent. 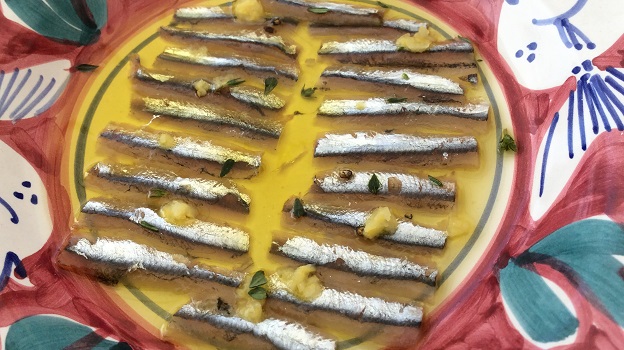 Campania is arguably where Italy’s best white wines are made today (the reds are no slouches either). Therefore, every time I eat here, my drinking choices don’t stray too far. On this day, I chose to enjoy with my lunch two local wines that proved to be absolutely delicious; their fresh and crisp personalities delightfully matching the fresh and flavorful seafood dishes. 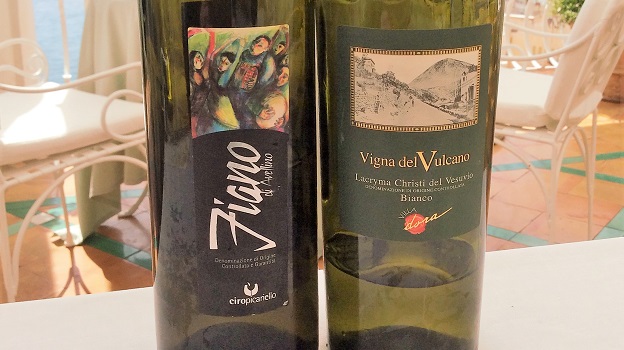 The 2012 Villa Dora Lacryma Christi Bianco Vigna del Vulcano, a blend of Coda di Volpe and Falanghina made from organically cultivated vines first planted in 1985, is a case in point. Redolent in aromas and flavors of orchard fruit, thyme and chamomile, it has real palate presence thanks to a roughly six month stay on the lees and pure flavors due to stainless steel aging only. It was actually a good match for the firm flesh of the anchovies – so fresh it seemed they had stopped swimming only seconds before. 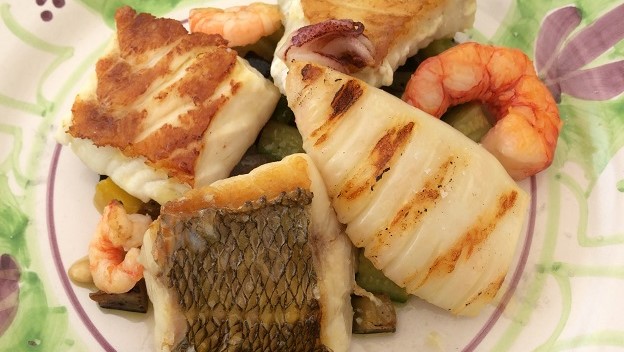 The minerally lemony and stone fruit aromas and flavors of the 2012 Ciro Picariello Fiano di Avellino confirms Picariello as one of Campania’s better wine producers, most notably with his discreet and refined Fiano di Avellinos. The main courses were enhanced by the two wines, with the saline nuances offered by both whites interplaying nicely with the iodine and very pure shellfish sauté and the dentix filet. 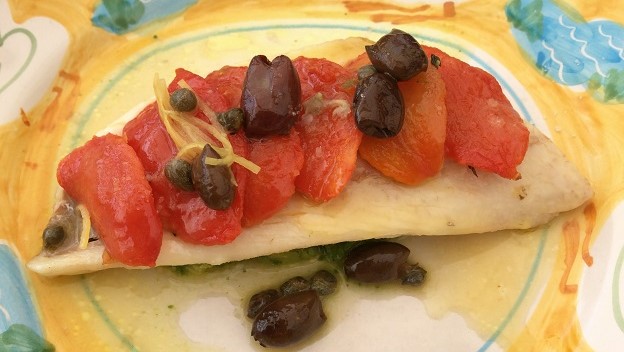 Closing off with one of the best babàs I have had in some time only made my wonderful and relaxing lunch spent with real professionals and one of the world’s great views before me only that much better. 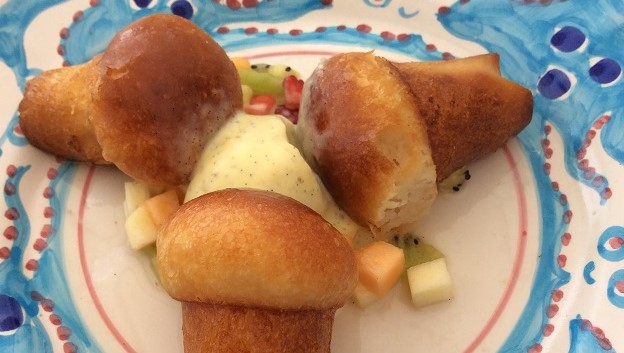