Readers who have followed my writings over the years know I am a huge fan of Campania. The whites are some of Italy’s greatest and most ageworthy wines. The best Campania whites are terroir-driven and full of varietal character. With some notable exceptions, Campania's red wines are unfortunately less consistent because of the combination of overripe grapes and too much oak. For that reason, it pays to be especially selective when it comes to the reds. 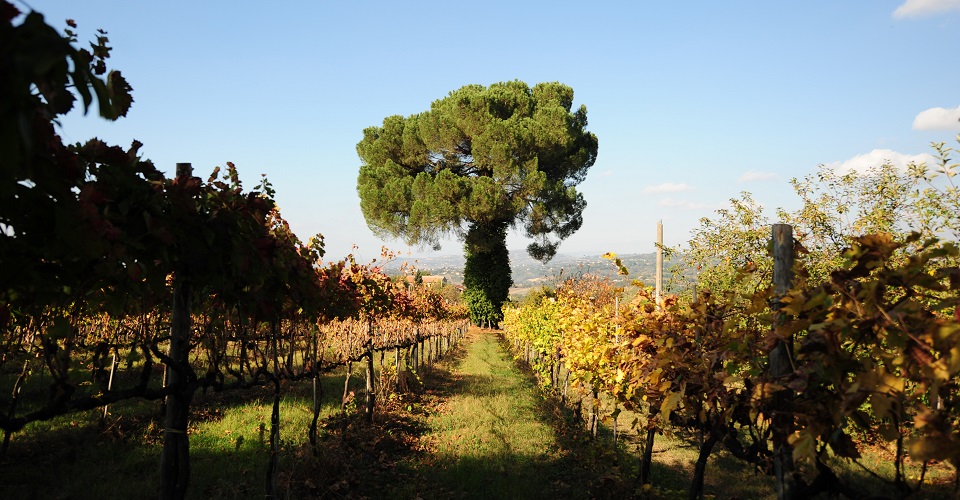 A prime example of a Campanian vineyard scene in Taurasi

Of course, it all begins with the grape varieties, and Campania is blessed with a veritable treasure trove of cultivars with very fine potential. In fact, apart from Piedmont, Friuli Venezia Giulia and the Valle d’Aosta, there is no other region in Italy that boasts as many potentially world-class varieties: Aglianico, Fiano and Coda di Volpe Bianca lead the pack, but improved viticulture and winemaking have helped reveal the underlying potential of other grapes too, such as Biancolella, Caprettone, Falanghina Beneventana, Falanghina Flegrea, Fenile, Forastera, Ginestra, Greco, Pallagrello Bianco, Pallagrello Nero, Piedirosso, Ripoli, Roviello and Tintore di Tramonti. Most importantly, the improvement in viticulture and winemaking techniques at most of Campania’s estates over the last 30 years is well demonstrated by the higher quality of wines made today with the difficult Greco and Piedirosso varieties. (Despite their fame in Italian circles, these were for the longest time, by world-class standards, often very underwhelming.) Furthermore, some of Campania’s red wines (often made from vines that are partly as much as 100 years old) rank with the best from Piedmont, Bolgheri, Chianti Classico and Montalcino. Try wines made by the likes of Cantine Lonardo/Contrade di Taurasi, Guastaferro and Salvatore Molettieri. You won’t be disappointed. 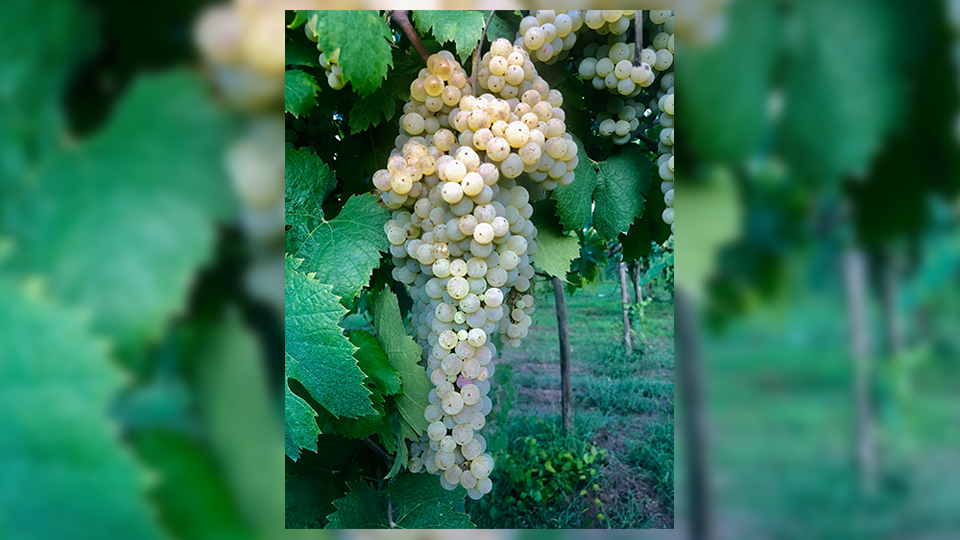 That said, not everything in Campania is rosy. As I wrote last year, red wines redolent of overripe grapes and bad/old oak remain a problem, as does the near-ubiquitous use of industrial yeasts that turn some white wines (especially those made with the Falanghina varieties) into sweet, ripe banana-pineapple fruit bombs that might be good to sip (a charitable view) but are hardly ideal with food. Last but not least, remember that Campania’s estates are especially gifted with one or at most two grape varieties each, and that is the wine you want to seek out. It’s not that the other wines are bad, but truly world-class levels are achieved at many estates with one specific grape variety only (for example, Marsella’s Fiano and Bambinuto’s Greco), oftentimes because that is the only variety they actually own vines of, while they buy grapes of the other varieties from someone else, who may not be as talented, goal-directed and/or hard-working as they are. Estates that are truly proficient with all the varieties they bottle are somewhat numerous. Fattoria La Rivolta, La Sibilla, Marisa Cuomo, Reale and Traerte/Vadiaperti come to mind as examples. 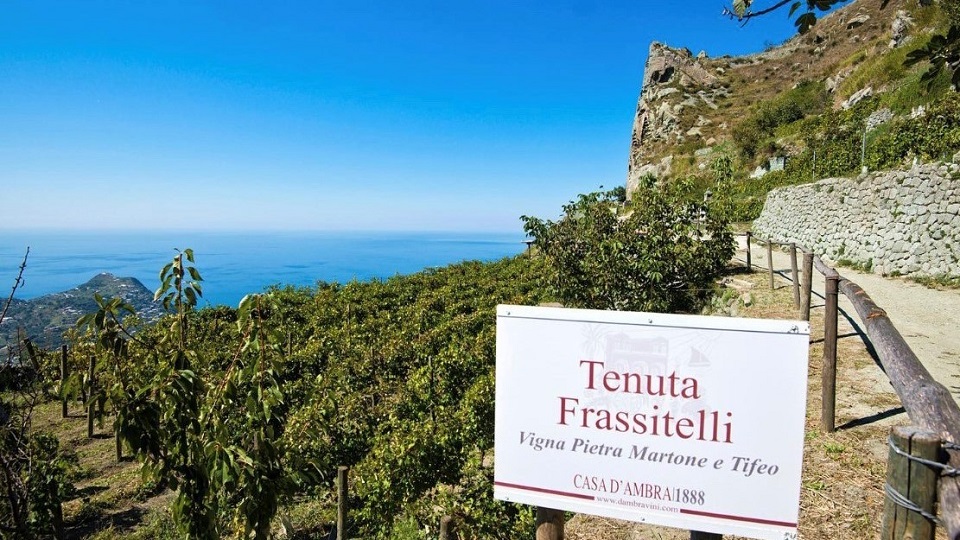 Ischia's Tenuta Frassitelli vineyard is a grand cru for Biancolella

In Campania you are not likely to hear too many claims about 2018 being a  “vintage of the century.” The region’s better estates made food-friendly whites and reds of early appeal, but the weather proved too challenging for ageworthy trophy wines to be made. While budbreak occurred more or less during the normal period, springtime was marred by frequent rainstorms (especially heavy in May) leading to strong disease pressure (mostly of downy mildew). Things didn’t get any easier toward the end of May, as parts of Campania (the Sannio especially) recorded two violent hail episodes that damaged the vines. Mercifully, June provided some respite from bad weather. Flowering took place fairly quickly and uneventfully, with good fruit set, ultimately leading to an increase in the region’s annual average crop production (+18% compared to the 2017 vintage, despite the Sannio area recording a drop in total production volumes). The rest of 2018’s growing season proved less difficult. July was warm and dry; August was also very hot, but a few timely rain showers provided the vines with some liquid refreshment; September and October were characterized by generally decent, sunny weather that allowed prolonged hang time. 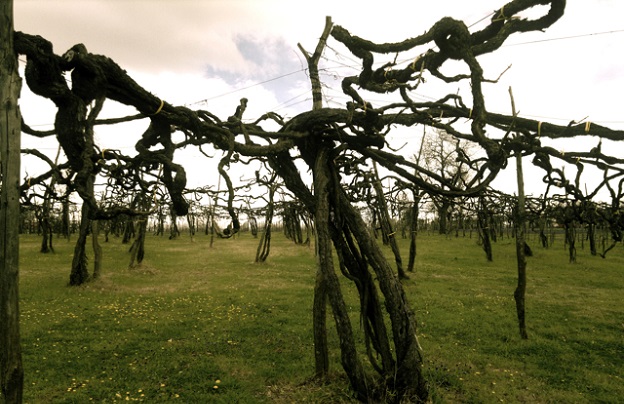 For the most part, the best wines of 2018 are easygoing, perfumed whites and juicy, fruit-forward reds. It is my belief that the 2018 vintage will be remembered mostly for its lovely Coda di Volpe Biancas and Fianos. Neither have the staying power or concentration found in other, better recent vintages, but the best 2018 Fianos at least have decent aging potential, although they will still be best drunk up mostly within five to seven years from the vintage. By contrast, the Grecos strike me as being more immediate and accessible early on, but less likely to age as well as the wines from 2017 and 2016. Generally speaking, the extreme heat and rain of 2018 were not ideal for Greco. In fact, the 2018 vintage in Campania will most likely not go down in history for the quality of its red wines either, as it was just too rainy throughout most of the year. At the very least, many estates will not bottle their top selections. The entry-level reds, however, are quite good and offer terrific fruit purity in in easy-to-drink style. In the final analysis, Campania’s 2018 white and red wines are meant to be enjoyed young, and will make attractive by-the-glass restaurant pours, provided prices remain reasonable. For a complete description of the very good to excellent 2016 and 2017 vintages, please see my previous Vinous report: Campania: More Than Just Fiano, Greco and Aglianico (November 2018).

The wines in this report were tasted at the wineries in Campania in May and in my office in Rome in September.

The Wines of Campania: Getting Better and Better, Ian D'Agata, November, 2016