I tasted more top-notch Chilean wines this year than ever before, and at all price points. From racy Sauvignon Blancs that have been catching the lion’s share of the wine trade’s attention to high-end Bordeaux- and Napa-inspired Cabernets and Cabernet-based blends to exciting new Pinot Noirs and Syrahs, there’s something of interest for every palate. Even better, pricing almost always easily beats the country’s competition except for a few outstanding but very ambitiously priced trophy wines that are targeted at cult wine collectors.

However, Chile continues to face the daunting challenge of being taken seriously as a source of world-class wines—rather than just a reliable fount of inexpensive and even commodity-level bottles. The country has made headway in the last few years but still has a long way to go. 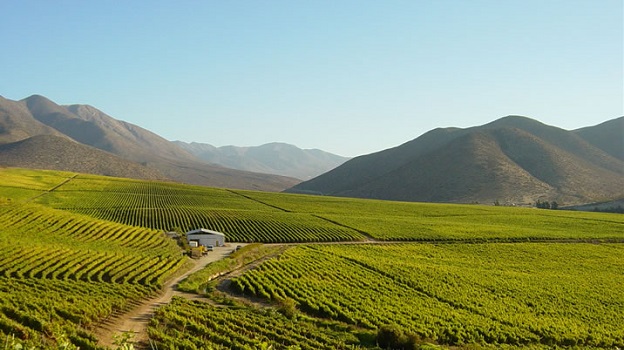 The best case in point is how rarely Chilean wines appear on the lists of restaurants that do not specifically feature South American wines. Even those restaurants that offer hundreds or even thousands of wines from Europe and North America often skip over the category of Chile. On the other hand, it’s a little depressing that sommeliers who seek out wines from the most obscure regions of France, Italy, Spain and California apparently can't seem to find even a single Chilean bottling that meets their standards. Are they even bothering to look at this vinously diverse country’s wines at all? I wonder, because today there are many excellent wines available from Chile, as well as countless outstanding values.

One problem Chile faces is that so many of its wines that consumers see on retail shelves come from a relatively small handful of producers. And while most of these wineries make very good wines, including some of Chile’s icon bottlings, the overwhelming majority of the bottles sold are from their entry-level ranges. Perception is reality in the marketing game and once wine lovers get the impression that a given producer, region or even entire country is focused on volume and low prices, it’s a tough task to overcome that stereotype.

Moreover, Chile’s grape growers have proven to be quite deft at matching variety to climate, soil and exposure. Today, they are taking greater advantage of the country’s vast range of soil types and of the influence of the Pacific Ocean and the Andes Mountains, which affect virtually every vineyard in this long, narrow country. The days of planting whatever wherever are a fading memory and that’s all to the good. Increasing vine age in Chile will also result in more depth and complexity in many of the country’s wines; already today there are far fewer dilute and green wines than there were even a decade ago.

The overall technical standard of winemaking in Chile is quite high, with educated, well-traveled men and women guiding wineries both large and small. The only nit that I can pick is that too many wines are being made with an eye to consistency and safety. Winemakers still often rely on their toolbox rather than on their audacity by falling back on adjustments in the winery, mostly in the form of acid corrections or, in the case of lower-end bottlings, using oak chips and staves to impart vanilla, mocha or coffee qualities to their wines.

The Bordeaux varieties, especially Cabernet Sauvignon, continue to be the dominant red grapes for most of Chile’s best wines, followed distantly by Carménère, the variety that the country’s marketing gurus have been trying to establish as Chile’s signature grape and its answer to Argentina’s Malbec. Speaking of Malbec, there are a number of fine examples being made here now, and they’ll become even better, and more numerous, as the vines enter adulthood. Syrah is showing great promise but, as most of the vines are also on the young side, the wines can be jammy and lacking the savory aspects that lovers of the variety crave. I have no doubt that will change with time.

Merlot continues to perform well, thanks in large part to the fact that it was widely planted in the pre –“Sideways” days of the early to mid-1990s and those vines are now well into maturity. Cabernet Franc also shows promise but it needs to be picked ripe, lest the green meanies take over. Pinot Noir continues to demonstrate great promise in the cool Leyda, Bio Bio and Limarí regions as well as in the established Casablanca Valley, now that many vineyards are well into their teen years quality is on the rise. Special mention must be made of Carignan, as the numerous old plantings of this variety are increasingly being exploited to full advantage, both for stand-alone varietal bottlings and in blends. Cinsault has begun to show its potential in Chile, but the limited number of varietal bottlings makes it difficult to peg just yet.

As for white varieties, I believe that Chile has by now firmly established itself as a source for delicious Sauvignon Blancs at both the low and high end, and these wines can’t be touched for value. Chardonnay can be hit or miss: a few are being made in a complex, barrel-fermented style but too many are still overtly fruity and lacking in spine. Stylistically, Riesling is all over the map, as is Viognier. The same can be said about Gewürztraminer, which has long been planted here but rarely approaches the quality level of most Alsace versions of the variety.

Recent vintages have generally been quite kind to all of Chile’s wine-growing regions, quality-wise, but 2014 witnessed one of the most severe early spring frosts in the country’s history, resulting in a crop that was off by anywhere from 33% to 50% in some of its most prized coastal regions, including the Casablanca and Leyda Valleys. The upside is that by the time harvest rolled around, the grapes that made it through the warm, dry summer were ripe and healthy, with the potential to make distinctly concentrated wines.

As for 2013, it was one of the coolest seasons in memory, which means that fans of racy white wines and taut reds will find plenty to like. The downside, naturally, is that some wines reveal the year’s often cold growing conditions in their tartness and lack of heft, but the best growers managed to make successful wines, especially whites. It will be interesting to see how the top red wines turn out, but as they have not yet been released it’s too early to venture a full judgment.

In 2012 Chile experienced a relatively hot and dry vintage, which has resulted in a number of brawny, ageworthy reds and, from the warmer regions, fleshy, forward white wines that mostly should be drunk up soon. The cooler regions in the north and south, where most of the plantings of Pinot Noir and Syrah can be found, along with plenty of Sauvignon Blanc, are where consumers who favor finesse over brawn should be looking.

Readers should be aware that because of a customs strike in Chile in late May, a number of wines were not available for me to taste. I will add them to our coverage as soon as the wines arrive in New York and have had a chance to settle down from their long journey.