The Vast Bounty of Central Spain

Central Spain really does offer something for every wine lover, from easy-drinking, inexpensive bottlings to some of the country’s most famous, sought-after and pricey vinous offerings. Most serious wine drinkers have long been familiar with Central Spain’s most esteemed regions, particularly Ribera del Duero and also Toro and Rueda, which are where most of the region’s best wines are produced, but up-and-coming areas like Campo de Borja, Vinos de Madrid, Carineña and Calatayud are producing an increasing number of serious wines, with prices still lagging behind quality. This truly is a happy hunting for intrepid consumers. The sheer amount of wine coming from here makes for a lengthy shopping list. 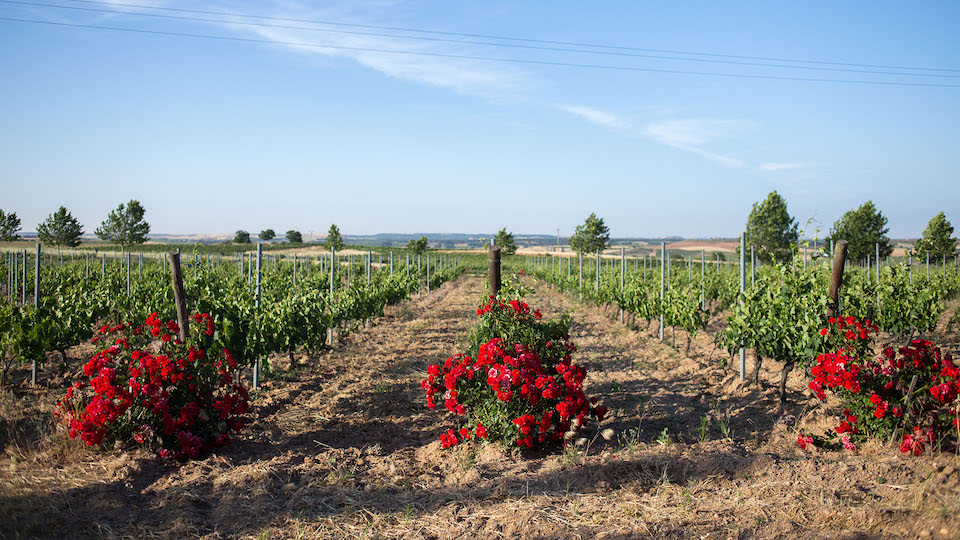 The central sector of Ribera del Duero, near Roa, is home to some of the region's top bodegas, including Alonso del Yerro.

A number of Spain’s legendary bodegas are based here, including Vega Sicilia and Dominio de Pingus, whose wines, in many ways, transcend the region for their fame and pricing. But for every one of those, there are numerous producers making outstanding wines that sell for a fraction of the price, often in large quantity and with good distribution. Tempranillo is king here, and compared to Rioja, the expression of the variety is generally deeper, richer, more tannic and dark-fruited in style and often with higher alcohol levels as well as oak presence. Even modest offerings can reward a little patience, including those raised exclusively in stainless steel. Many producers designate their oaked, early-release wines as “Roble” (Spanish for oak). Here’s where things can get a little tricky, as the juice used sometimes isn’t up to the wood impact and can show exaggerated vanilla and coconut character. Traditionally, a large number of bodegas relied heavily or exclusively on American oak for aging, which gave the wines a distinct coconut quality, but French oak is much more the norm these days, which is welcome news for those who prefer a less obvious oak influence in their Tempranillo.

Situated north and west of Ribera del Duero, Toro is a hotter area, and the wines, also made almost entirely of Tempranillo, often referred to as Tinta de Toro (some labels use this moniker), show even deeper, darker character and often carry alcohol levels approaching or even passing 16%. The best bodegas have managed to tame the beast and are producing wines that are as balanced and elegant as the best examples from Ribera del Duero, but that power will always be there. A typical Toro is a brawny wine and will stand up to the richest, most strongly flavored and seasoned food with ease. Pricing here also tends to be gentler, and what the wines may lack in polish they can usually make up for in heft and flavor intensity.

This DO, which covers over 16,000 hectares, produces an ocean of white wine, based on or exclusively Verdejo. While most of it is purely commercial, even industrial in style, and made from extremely high yields, a handful of serious bodegas make wines that are among the best whites Spain has to offer. While Sauvignon Blanc established a foothold here in the 1980s, most high-quality Rueda is 100% Verdejo, a fact often noted on the front, back or small strip labels. The vast majority of these wines are raised in stainless steel tanks and bottled early to preserve freshness. With rare exception, the wines are meant to be drunk young, although a couple of years of age is usually acceptable. The more ambitious bottlings are made from old bush-vine plantings, many of them near or over 100 years old, often fermented and aged in oak barrels, with lees contact, and they can be highly complex, textured and age-worthy. These wines are usually made in small quantity and represent a literal drop in the Rueda bucket (or swimming pool) but nonetheless, they are more than worth looking for.

Some of Ribera del Duero's most complex wines are produced by Pago de Carraovejas from their estate near the historic castle of Peñafiel.

Here’s where quantity meets quality, often in a big way. Garnacha comprises almost 4,000 of the DO’s 6,200 hectares, and most of the vines are quite old - in excess of 50 years and often even more ancient. The fruit character tends to the red side, but the wines are typically quite rich, often hovering around 15% ABV, which gives them body and power. Aside from some limited-production bottlings from top producers, these are priced for the everyday drinker and deliver some of the best values in the world of wine. Even better, most of them are made in large amounts, and recent years have seen their distribution expand dramatically, making them easily available in any decent market.

Spread across over 5,600 hectares, Calatayud is emerging as an excellent and reliable source of high-quality Garnacha, typically made from old vines and usually commanding very reasonable prices. Situated north and east of Madrid, this was traditionally a region whose wines were mostly produced at co-ops and destined for supermarkets, so it hasn’t received a lot of attention until recently. A handful of producers are testing the high-end part of the market with limited-production bottlings, but generally speaking this is a region to consider for easy-drinking wines that deliver solid and often exceptional value.

La Mancha is the largest wine region in Europe, with over 190,000 hectares producing around 20 million bottles of wine per vintage. This mostly flat, arid and often desolate area, with a handful of exceptions, has never been known for premium wines. In recent years, however, a growing number of adventurous producers have been taking the region more seriously and are beginning to make some really good wines, mostly from Tempranillo. Most of that work is being done by outsiders, including bodegas from Valencia and Rioja who are intrigued by the region’s mostly untapped potential and cheap land costs. They are acutely aware of La Mancha’s longtime reputation for jug wines, so pricing is mostly kept low, usually well below what might be expected given the quality of what’s in the bottle. 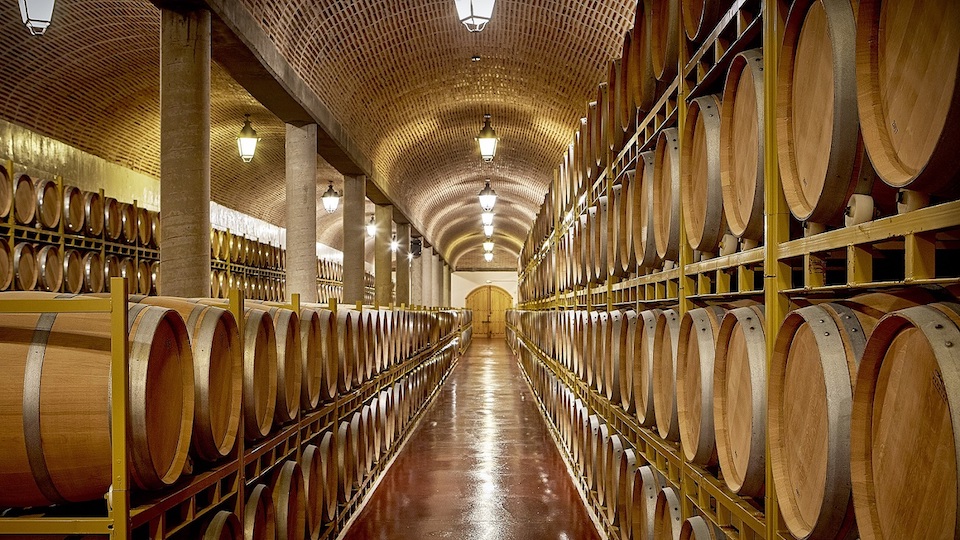 The wines of Bodegas Hermanos Pérez Pascuas are some of the most elegant versions of Ribera del Duero and are excellent candidates for cellaring.

One of Spain’s biggest vinous success stories over the last decade has been the emergence of some often spectacular wines from this high-altitude, mountainous region just west of Madrid. Garnacha has been planted here for eons, and beginning in the late 1990s a handful of producers decided to take advantage of the numerous old vine plantings. They began making deadly serious wines, and that number continues to grow. Thanks to the topography and cool weather the best wines show distinctly graceful character, with abundant red fruit, low-ish (for Garnacha) alcohol levels and discreet tannins. Some of them can be uncannily Pinot Noir-like, in fact, and reminiscent of elegant, Grenache-heavy Châteauneuf-du-Papes, especially if they come from the many pockets of sandy soil that dot the region. As might be expected, the vast majority of these food-friendly wines are sold in Madrid, where they are extremely popular in the city’s many upscale wine and tapas bars, with the best examples finding homes on the lists of high-end, Michelin-starred restaurants.

One of Spain’s first DOs but today one of its most obscure, Cariñena sits northwest of Madrid and is the home, of, unsurprisingly, the Cariñena grape variety, a.k.a. Mazuelo or Carignan, which is grown across most of northwest Spain, including Rioja and, famously, in Priorat. There are 14,000-plus hectares under vine here, where Garnacha is the most planted variety, typically producing fresh, mouthwatering wines that lead with their fruit and drink well young. There is abundant sand in the soil, which both Garnacha and Cariñena thrive on, and thanks to all that sand, phylloxera never really took hold here, meaning that old vines are everywhere. That fact has increasingly been catching the attention of serious producers, and better and better wines have been emerging in recent years. For now, the quality of the best examples is pacing ahead of pricing, making this a region that can deliver serious value. 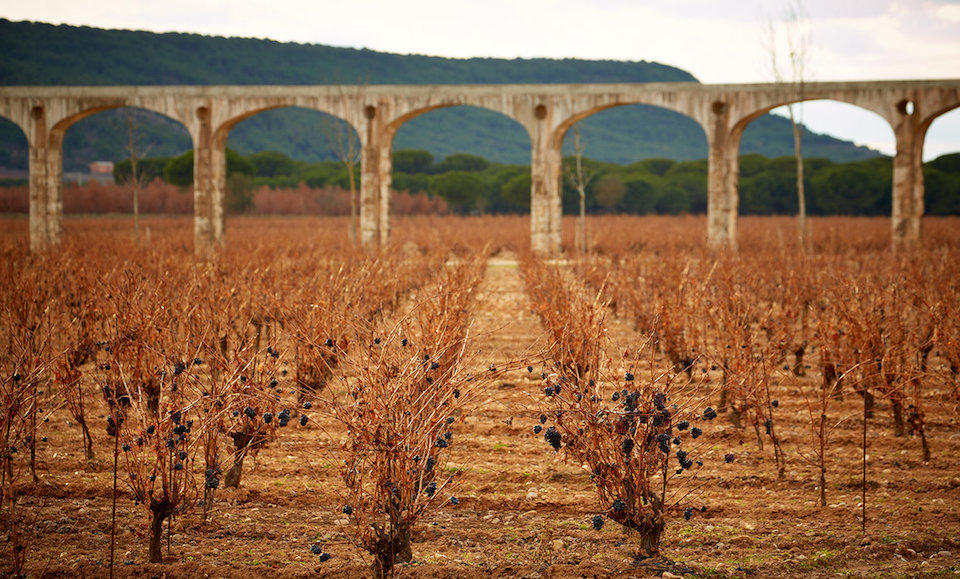 Established in 1864, Vega Sicilia is the oldest bodega in Ribera del Duero and their wines are considered by many to be the greatest in Spain.

Two thousand nineteen is shaping up to be a vintage of high quality to go along with the high quantity of fruit that was harvested. My early tastings - and keep in mind that the wines are extremely young and meant for drinking on or soon after release - suggest that these wines will be dark-fruited and on the rich side, but with adequate acidity to maintain freshness. My crystal ball says that the 2019s will be extremely popular in the market because of those factors, but the best wines are still at least a year, and in a number of cases, many years, away from being released. As for the whites, they are looking to be on the richer side. I would err on the side of drinking most of them young, as some lack the tension that I look for if I intend to hold off on them for more than a couple of years. Again, the top wines have yet to be released, so I’m looking forward to checking back in the next year to see how they turn out.

I have been increasingly impressed with the 2018s here. It was a generally event-free growing season that got off to a slow start thanks to cold spring weather but quickly got up to speed. It was a massive harvest - the second-largest ever in Ribera del Duero, for example – of clean, ripe fruit. The wines, both white and red, show a high degree of precision and freshness, especially compared to some of their 2017 siblings. I suppose that wine lovers whose tastes tend toward richness will prefer wines from a hotter, lower-yielding vintage, but I personally really enjoy the elegant character and gentle tannin presence of most of the 2018s that I have tried.

Because of severe spring frosts, yields in 2017 were off, sometimes severely, across the region. Ribera del Duero, Toro and Rueda producers, in many cases, picked 50% less fruit than normal, with some vineyards giving just 40% of their usual crop. Two thousand seventeen is a difficult vintage in which to generalize. I have found deeply concentrated, structured wines as well as lush, broad ones, and also many that show very good energy and detail. I would call 2017 a house style year, as I find that to be more dominant than a set of vintage characteristics. It’s a vintage where it pays to know your bodegas and their harvesting and winemaking tendencies.

I tasted most of these wines in New York over the last year and also include some reviews of wines tasted the year prior that are still on the market.

Rioja Looks Back and Ahead, Josh Raynolds, February 2019